All BCLS branches, the Bookmobile, book drops, and Wirt's drive-up window are closed until further notice.
Please enjoy any items you have until we reopen. NO FINES OR FEES during closure.

Digital library services are available 24/7 during closure! Visit our Facebook page for updates and info on services.

NEED A CARD OR FORGOT YOUR PIN? You can register for an instant temporary card HERE. 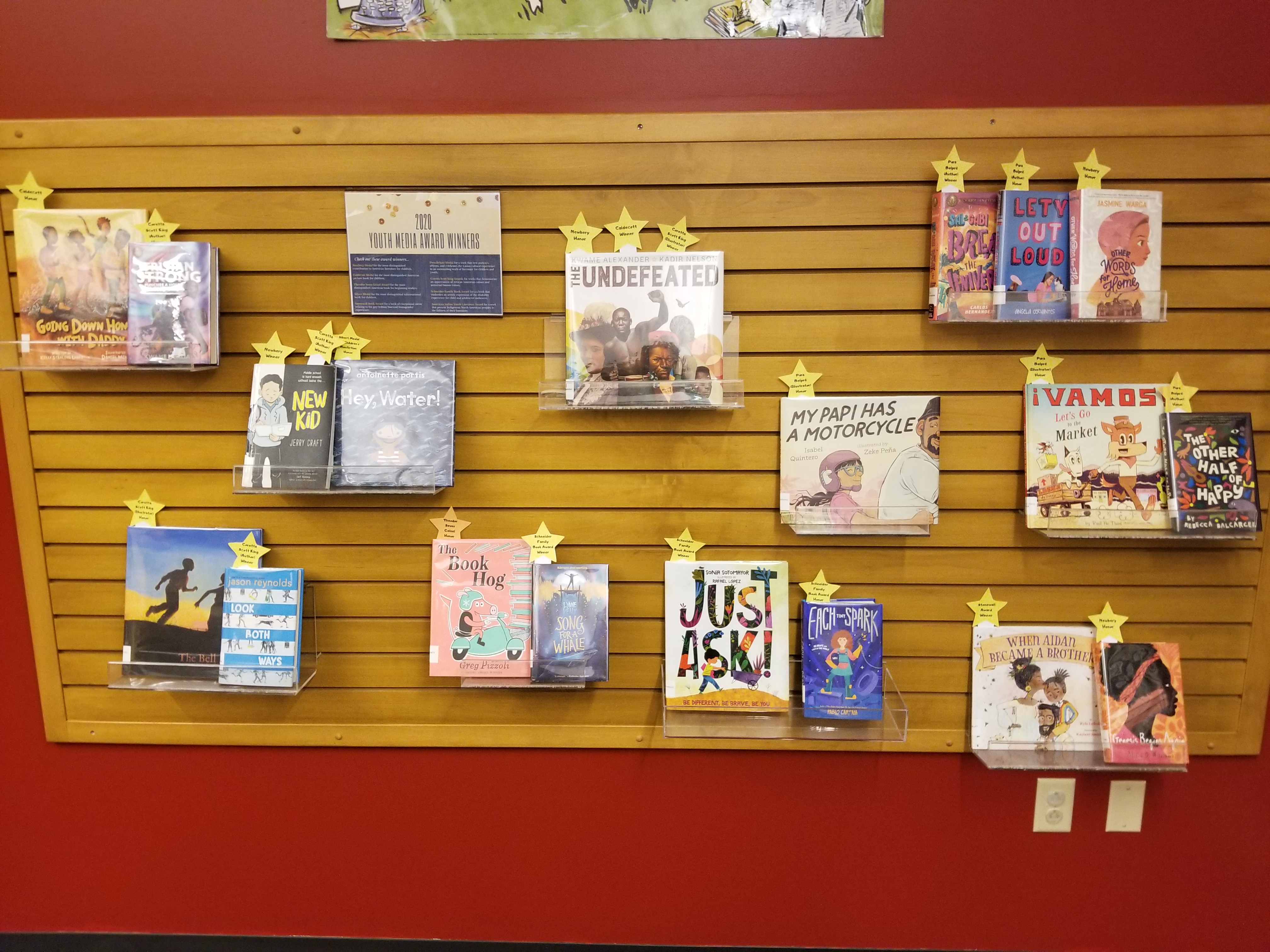 Every year, the American Library Association and associated organizations recognize the best and brightest in children's publishing. The oldest medal awarded, the Newbery, has been given out since 1922! Today, there are a number of awards to recognize contributions across the board - illustration, writing, teens, children, and even apps! Here's a few of the highlights (including links so you can check them out at the library!):

The Newbery Medal for the most outstanding contribution to children’s literature: New Kid, written by Jerry Craft

The Caldecott Medal for the most distinguished American picture book for children: The Undefeated, illustrated by Kadir Nelson, written by Kwame Alexander

Schneider Family Book Award for books that embody an artistic expression of the disability experience
For young children: Just Ask! Be Different, Be Brave, Be You, written by Sonia Sotomayor
For middle grade: Song for a Whale, written by Lynne Kelly
For teens: Cursed, written by Karol Ruth Silverstein

Alex Awards for the 10 best adult books that appeal to teen audiences:
A Boy and His Dog at the End of the World, by C. A. Fletcher
Do You Dream of Terra-Two? by Temi Oh
Dominicana, by Angie Cruz
Gender Queer: A Memoir, by Maia Kobabe
High School, by Sara Quin and Tegan Quin
In Waves, by AJ Dungo
Middlegame, by Seanan McGuire
The Nickel Boys, by Colson Whitehead
Red, White & Royal Blue, by Casey McQuiston
The Swallows, by Lisa Lutz

Odyssey Award for best audiobook produced for children and/or young adults, available in English in the United States: Hey, Kiddo: How I Lost My Mother, Found My Father, and Dealt with Family Addiction, written by Jarrett J. Krosoczka and narrated by the author, Jeanne Birdsall, Jenna Lamia, Richard Ferrone, and a full cast.

Stonewall Book Award given annually to English-language children’s and young adult books of exceptional merit relating to the gay, lesbian, bisexual, and transgender experience: When Aidan Became a Brother, written by Kyle Lukoff

Theodor Seuss Geisel Award for the most distinguished beginning reader book is: Stop! Bot! written and illustrated by James Yang

William C. Morris Award for a debut book published by a first-time author writing for teens: The Field Guide to the North American Teenager, written by Ben Philippe